If you don’t have deep pockets, but crave the best that New York City’s stages offer, fret not. You won’t need to cough up a Franklin or even a penny to attend some of the finest productions. This summer’s menu of totally free performances is better than ever. New Yorkers have been culturally pampered for many seasons with Shakespeare—and this year Brecht—at the Delacorte Theater in Central Park, opera on the Great Lawn, experimental musicals at the York Theatre’s Development Reading series, and a host of other top-notch offering that are all free. Topping the list this season, with quality performances taking place in a theater of atmospheric charm, is the Players’ Club yearlong George Bernard Shaw festival.

The Shaw Project 2006 is produced and directed by David Staller in association with the Gingold Theater Group, a new company, which will be commissioning new plays that carry on the Shavian tradition of individualism balanced by social responsibility. Appropriately, its first presentation is Project Shaw, which is mounting every play Shaw wrote as a concert reading. Five works remain to be performed this year—“ John Bull’s Other Island” (July 17), “The Apple Cart” (September 18), “Misalliance” (October 23), “Captain Brassbound’s Conversion” (November 20), and “The Philanderer” (December 18).

The most recent offering, performed June 19, was “Getting Married,” a charming social comedy with a delightfully tangled plot, which centers around the impending marriage ceremony of two bright young things. Set in the first decade of the twentieth century, the action takes place at the residence of the Bishop of Chelsea, father of the bride. Sharing the stage where Edwardian high jinks unfold amidst crackling dialogue of great wit and brilliance, a subtext of startling modernity shows us that Shaw was a man decades—even centuries—ahead of his time in tackling social issues such marriage, gender equality, and class structure reform. Though not explicit, a gay theme hovers over the plot in the person of Lesbia Grantham, an attractive and unmarried freethinker who believes independence is more important than the confining ties of wedlock. Shaw lets the audience read between the lines regarding Lesbia’s sexuality—what’s in a name?—and the other reasons she eschews marriage to a man.

The intimate stage was packed with thirteen actors who gave first-class performances embodying most of the stock characters found in the Edwardian world—soldier, clergyman, shop-keep, and the wise and witty servant.  George S. Irving, as Alderman Collins, played the latter with a pithy humor laced with gentle barbs and wise one-liners. The remaining performances of Shaw’s other plays promise an equal level of acting virtuosity.

Performances aside, a visit to the Players’ Club is an experience in itself.  Housed in an imposing mid-nineteenth-century brownstone over-looking Gramercy Park, the Club was originally the home of legendary actor, Edwin Booth, brother of John Wilkes Booth, the assassin of President Abraham Lincoln. Prior to the performances and during intermissions, theatergoers can stroll the public spaces of the Club and, with drink in hand, admire old portraits of famous actors and other fascinating memorabilia. 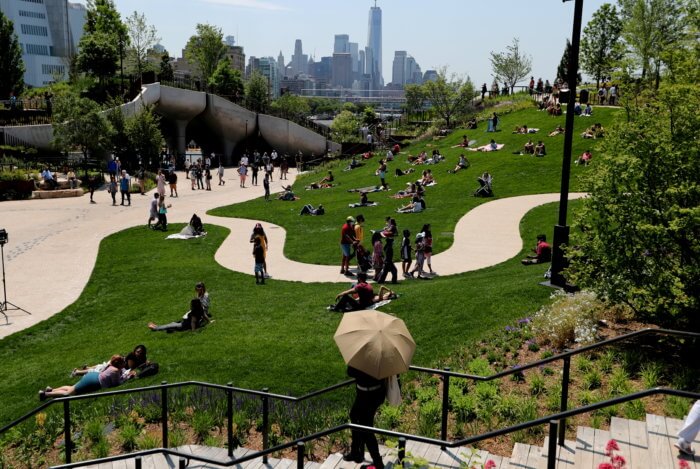