Gaze Fixed on the Creative Horizon Joseph V. Melillo (the V is for Vincent, his Italian father) is the executive producer of the Brooklyn Academy of Music and the inspiration for all that institution undertakes, from the Next Wave Festival, known as BAM’S Next Wave, to a film series, Baroque Opera, and this spring’s five exciting dance engagements.

The spring season also features the likes of Mark Morris, Bill T. Jones, Tony Kushner, the Netherlands Dance Theater, and a host of other treats.

Melillo’s quiet rise to fame started with a graduate degree in arts management at Catholic University in D.C., followed by a stint in regional theater before moving to Miami in 1982 to run The New World Festival of The Arts.

In Florida, Melillo came to the attention of Harvey Lichtenstein, the dynamo behind the re-launching of the Brooklyn Academy who had a full producing and traveling career behind him and was searching for a successor. He became Melillo’s mentor and brought him into the BAM family in 1983.

“I guess what attracted Harvey to me initially was that I had produced a festival with 22 world premiers and we showed them all in three and a half weeks and I was still standing. Oh yes and I could still speak,” joked Melillo, who is rarely at a loss for words.

In fact, he seems to pipe down only when the house lights dim. Considering his experience in the arts, from visual to performing, he does have a lot to tell.

“I am so dedicated to responding to this kind of experimental work, it is what I love and what I do for work,” Melillo said. “We forget sometimes that the experimental genre is not what we have always had in such abundance.

We are in the second generation of experimenting at BAM and now we believe it has always been this way. This is not the way it has been. We are now more global, less Eurocentric, and that reflects my experience and my interests, but also the way the world is evolving.”

One wonders if being the puppet master to experimentalism in a venue like BAM is the daunting job to which Melillo always aspired.

“I thought, honestly, this is a one year gig,” he said. “I would finish and move on. Then it is 21 years later I am still here. I did take a one-year hiatus to be a consultant to the New York International Festival.”

What about the fundamental changes in performance art over the past two decades?

“The big change is that there is a certain kind of acceptance to large scale interdisciplinary work, the audiences have a certain acceptance,” he said. “Twenty years ago, people had never seen work done like this on this scale. The festival was committed to a group of American artists and to certain international artists to do this large-scale work. Many people now come to expect to see pageantry and scope when they think of theater. Now we are focusing on getting the next generation in. We have Bob McGrath from the Ridge Theater working in the opera house and the choice to have director Richard Maxwell do a modern Henry Four. We are building a new audience. I can only hope that the audience that comes for cinema, will also want to come see something and then there is this good infection.”

Is Melillo still having fun?

“This is still a dream job, it seems like a carnival,” he responded. “I mean, on Christmas night I flew to India and then to Paris, then London and back to NYC. But the artistic director has to do this. I have to feed the beast. I’m here to serve, but I get great pleasure when the curtain goes up, the clapping, it is then that I feel I have made a contribution to the lives of the people of New York City.”

Of course, certain guilty pleasures, like terrific lunches in Paris and choice seats at Broadway musical, compensate for all that hard work.

“I am a good Italian basic cook,” Melillo said about his life outside BAM. “I like to have one night every week to make dinner, ask a friend or two over. I’m simple gay guy. I’m not complicated. It isn’t always work. I have always been a curious guy, you know, seeking answers to the big questions. Part of that comes from working with so many artists.”

Melillo’s favorite places include Bali which he describes as “an intoxicating culture, so different from anything I had ever experienced, The people were so generous, hospitable and kind. I love the south of France, Provence, the landscape, the light, the food. It is all about sensual pleasures. It feeds every one of our senses.”

This begs the question of lovers, the partners partaking in these very sensual adventures.

“I call sweethearts diversions because they take me away from my work,” Melillo explained. “I don’t try to integrate the men I date into my life at BAM. I’ve learned that lesson. When I am out at BAM, I am official. I am very careful. It takes a very strong, kind of centered adult male to want to investigate me because there is this perception issue. So they have to break through and find out that I am really easy.”

Since he’s so easy what really wins him over?

“A great sense of humor is the most important thing,” he said. “If you have that, you have my heart.”

Joe Melillo is poised at his prime, ready to take on the world, a production at a time, on BAM’s stages.

“This is my career, and life,” he said. “At some point at a future moment, when I hit my senior years, I may mutate into something other. But for now I am loving all of it.” 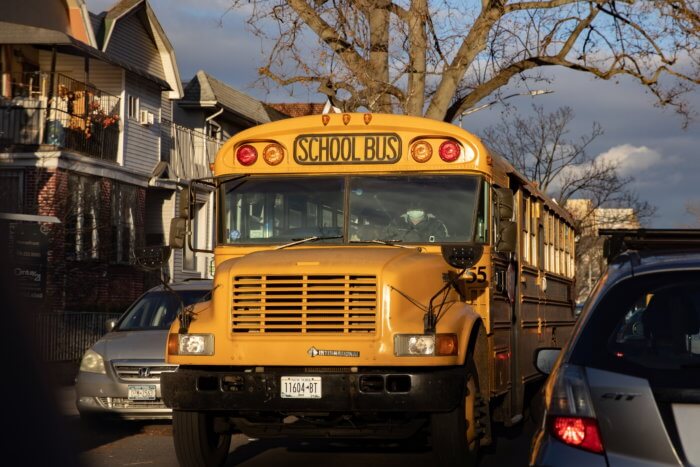