In the fall of 2011, Karl Saint Lucy survived their first breakup. “Renaud” was their first real gay friend, and five months after meeting each other, Renaud and Karl became romantically and sexually involved. The relationship quickly went off the rails and disintegrated over the following nine months. The resulting songs, written by Saint Lucy in the months following the breakup, speak to the experience of a first queer love gone awry. They challenge Shakespeare’s notion — as indicated in the sonnets — that “true love” is eternal and unshakable: If the stars do shape the outcomes of our loves and losses, then perhaps we can imagine, “Could our doomed loves have thrived under different stars?” 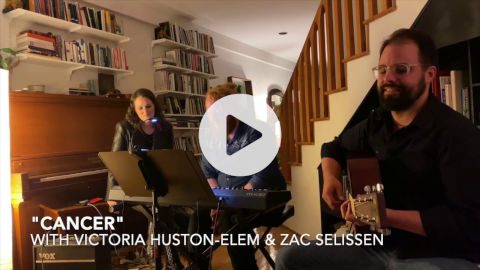 “Different Stars” gives shape to the messy, painful experience of confronting a first loss of love as a queer person. In the same way that the five Kübler-Ross stages of grief are not sequential, these songs express the erratic vicissitudes of grief while pointing to a future beyond grief, a future in which the good and the bad parts of a toxic relationship are held in balance with honesty and care, and from which a queer person — for whom so much love and intimacy already seems to be ill-fated from the start — can begin to love again. The songs are eclectic, drawing inspiration from Joni Mitchell, Rufus Wainwright, Elton John, and Leonard Bernstein. Words by Karl Saint Lucy, William Shakespeare, and Oscar Wilde; music by Karl Saint Lucy, with guitar arrangements by Zac Selissen. 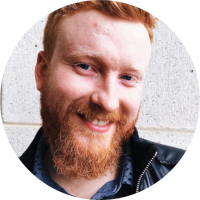 Karl Saint Lucy is a New York-based composer, countertenor, and music director. They are a finalist alto for the Grammy Award-winning men’s ensemble, Chanticleer, and a finalist candidate for the National Musical Theater Conference at the Eugene O’Neill Theater Center for Class, their musical written with playwright Maria Alexandria Beech. The feature film option rights to Saint Lucy’s one-act musical, Fucking Identical Twins — written with comedians Josh Sharp and Aaron Jackson (The Opposition on Comedy Central) — were sold to 20th Century Fox in 2016.

Soprano Danielle Buonaiuto believes in community, compassion, and access, whether singing or running the show. She is co-founder of ChamberQUEER and experimental vocal duo REXDuo. Victoria Huston-Elem was most recently seen as The Baker’s Wife in Flint Repertory Theatre’s production of “Into the Woods.” James Jackson, Jr. appeared Off-Broadway in “A Strange Loop” (Playwrights Horizons), as part of The Black-Ups has appeared at Joe’s Pub, Feinstein’s/54 Below, Green Room 42, DROM, The Duplex, A.R.T., and Lyric LA.

Zac Selissen is a composer/producer, guitarist, and arranger hailing from Green Bay, Wisconsin. He writes for modern dance, film, and theater. Genevieve Chapin is a native New Yorker and active upright and electric bassist freelancing in the tristate area.