A divided panel of the Richmond-based Fourth Circuit Court of Appeals rejected a constitutional challenge by James William Hill, Jr., to his conviction under the federal hate crimes law for assaulting a gay co-worker.

According to Circuit Judge James A. Wynn, Jr., this was the first appellate case to take up the question whether the federal statute can be used to prosecute somebody “for an unarmed assault on a coworker engaged in commercial activity at his place of work.”

The facts of the case are simple and stark. Curtis Tibbs was at work at the Amazon Fulfillment Center in Chester, Virginia, on May 22, 2015, loading items from bins into boxes, scanning them, and placing them on a conveyor belt to the shipping department. Hill, the defendant, worked as a “re-binner,” moving items from conveyor belts and placing them into bins along the wall. Surveillance video shows Hill, unprovoked, approaching Tibbs from behind and repeatedly punching him in the face. Tibbs suffered significant bruising, cuts to his face, and a bloody nose. Tibbs went to Amazon’s in-house clinic and then to the hospital for treatment, and did not return to work during the shift.

Hill was arrested and told the police that he hit Tibbs because Tibbs is gay. The police report noted that Hill said “his personal belief is he didn’t like [homosexuals]” and that Tibbs “disrespected him because he is a homosexual,” and that Hill “does not like homosexuals so he punched him.” (The court supplied the bracketed word, undoubtedly substituted for a derogatory term.)

Virginia’s hate crimes law does not include sexual orientation, so the local prosecutor could not proceed on a hate crime charge, only ordinary assault and battery charges. He decided, instead, to refer this case to the US Justice Department for potential prosecution under the federal hate crimes law. A federal grand jury indicted Hill, finding, among other things, that he “interfered with commercial and other economic activity in which Tibbs was engaged at the time of the conduct, and which offense otherwise affected interstate and foreign commerce.”

This element was critical since Congress’ authority under the Constitution does not extend to ordinary criminal activity, generally the province of state law. The basis of Congress’ authority for the federal hate crimes law is some connection to interstate commerce, which Article I authorizes it to regulate. Only hate crimes that come within the sphere of the Commerce Clause by their effect on commerce between the states can be prosecuted by the feds. Had Hill shot Tibbs using a gun that had moved interstate, the required connection could easily be made.

Hill defended against the charges by arguing that the federal hate crime law is unconstitutional both on its face and as applied to him. District Judge John A. Gibney, Jr., focused on the “as applied” challenge, and granted Hill’s motion to dismiss the indictment, concluding that an assault by Hill using only his fists — not a weapon that had moved in interstate commerce — in the packing department of an internet retailer did not have sufficient effect on interstate commerce to come within Commerce Clause jurisdiction.

The Justice Department appealed to the Fourth Circuit, which reversed Gibney’s dismissal on a 2-1 vote in an unpublished opinion in August 2017, stating that the question regarding the Commerce Clause required factual findings that needed to be developed in a trial. The court sent the case back to Gibney, where a jury convicted Hill, based on the prosecution’s argument that Hill’s assault on Tibbs “interfered with commercial or other economic activity in which the victim was engaged.”

Hill filed a motion to set aside the verdict, renewing his argument that the government could not constitutionally prosecute him under the hate crimes law, and again Gibney agreed with him, setting aside the verdict.

Wynn wrote that the court agreed with the Justice Department argument that by “‘interfering’ with Tibbs’ packaging and shipping of products, Defendant’s conduct ‘substantially affected interstate commerce.’”

Wynn cited the Hobbs Act, which involves robberies and burglaries that affect interstate commerce. A 2016 Supreme Court ruling under the Hobbs Act in Taylor v. United States, he noted, “establishes that, pursuant to its power under the Commerce Clause, Congress may proscribe violent conduct when such conduct interferes with or otherwise affects commerce over which Congress has jurisdiction. Importantly, Congress may regulate violent conduct interfering with interstate commerce even when the conduct itself has a ‘minimal’ effect on such commerce.”

Wynn also looked to Supreme Court rulings under several other federal criminal statutes and concluded “if individuals are engaged in ongoing economic or commercial activity subject to congressional regulation — as Tibbs was at the time of the assault — then Congress also may prohibit violent crime that interferes with or affects such individuals’ ongoing economic or commercial activity, including the type of bias-motivated assaults proscribed by the Hate Crimes Act.”

Hill’s argument, however, turned on clear evidence that his assault did not result in Amazon’s productivity being compromised during that shift. Though Tibbs’ workstation was closed down to clean up the bloody mess from the assault, a witness from Amazon testified that the incident did not cause the company to miss any “critical pull times” or packaging deadlines. Despite Tibbs’ absence for the balance of the shift, the witness testified, the fulfillment center met its normal performance.

Wynn, however, responded, “That Amazon was able to absorb the impact of Tibbs’ absence without missing any key shipping deadlines and that the fulfillment center’s performance during the shift impacted by Tibbs’ assault was in-line with its performance during other shifts does not call into question this determination. On the contrary, the Supreme Court and this Court repeatedly have clarified that Congress may regulate interference with commerce, even if the effect of the interference on interstate commerce in an individual case is ‘minimal.’”

Judge Agee argued that the issue is not whether Tibbs was engaged in commercial activity when he was assaulted, but rather whether the bias-motivated attack here was “inherently economic activity,” which he argued it was not. By comparison, burglary and arson were, in his view, inherently economic crimes, and thus their regulation when they affected interstate commerce appropriately fell under Congress’ Commerce Clause power. He also criticized Congress’ wording in the hate crimes law, arguing that it “does not limit the class of activities being regulated to acts that fall under Congress’ Commerce Clause power,” and so exceeded its authority. In that way, Agee appeared to support Hill’s argument that the hate crimes provision is unconstitutional on its face, not just as applied to him.

Wynn explicitly rejected Agee’s argument that only “inherently economic activity” by a defendant could be regulated by Congress, citing examples from several cases.

The differences between Wynn and Hill are rooted in sharp debate on the Supreme Court itself about the scope of Congress’ Commerce Clause power, which was dramatically shown by the famous decision upholding the constitutionality of the Affordable Care Act in the 2012 National Federation of Independent Business v. Sebelius case. Those challenging the ACA claimed Congress did not have the power to pass a statute requiring individuals to purchase health insurance coverage. Defending the law, the Obama administration argued that both the Commerce Clause and its taxing power support its authority in this area, since the ACA imposed various financial requirements akin to taxes, administered by the Internal Revenue Service. In his opinion for the court, Chief Justice John Roberts was joined by the four Republican appointees in finding that Congress did not have power to enact ACA under the Commerce Clause, but joined by the four Democratic appointees, Roberts found that its taxing power supports the ACA.

Roberts’ argument on the Commerce Clause point was in line with decisions under the Rehnquist court in the 1990s that narrowing the interpretation of Commerce Clause jurisdiction, most notably striking down a federal law banning the possession of firearms close to public schools and voiding a key provision of the Violence Against Women Act.

Though this is the first federal appeals court ruling on the hate crimes law in a case of a workplace assault without a weapon, the Supreme Court typically does not grant review on constitutional questions where there is no split among different circuit courts of appeals. If the high court were to take up this case, that could signal trouble for the hate crimes law’s survival. 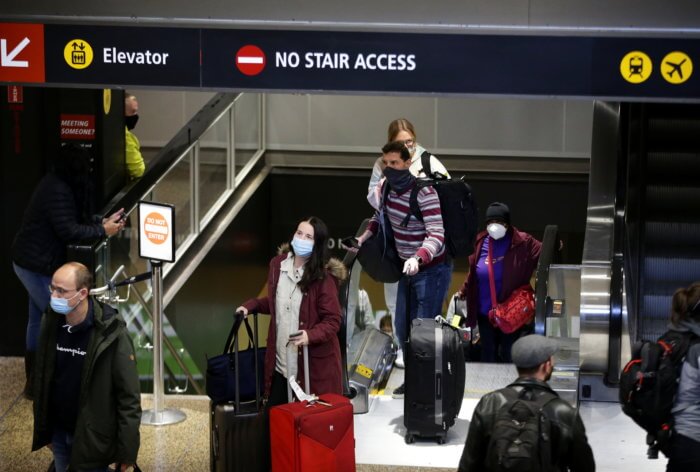